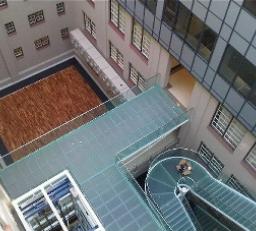 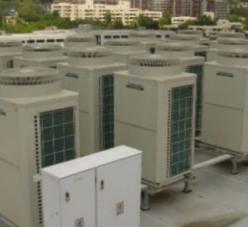 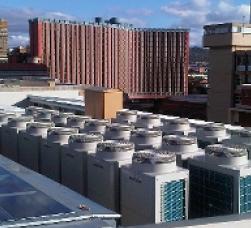 Traditionally, when an airconditioning system is in the cooling mode it will absorb the heat energy contained within the space it's trying to cool down, using the basic principles of refrigeration. Once this heat energy has been contained it will then reject the heat outside via its  outdoor  unit.  However,  with  the Mitsubishi Electric City Multi VRF system we can recover this heat energy in a sense employing the principles of  reusable energy  that can  be  used  elsewhere rather than  wasted.  For example this contained heat can be used to heat another part of the building, which is very common during  winter months  and  or early morning and late afternoon applications or even better  heating  water to  70oc.  There  are many  applications  today  that  need heating, cooling and hot water all at the same time from hotels, gyms to hospitals to mention a few.

In summary, the Mitsubishi Electric VRF system can heat, cool and heat water off one system simultaneously; this is an industry first and unique to the Mitsubishi Electric brand.  Another significant  advantage,  the City  Multi VRF system is simple and flexible as was the case  with  this project.  During building up grades  where for example a  chilled water  plant has  reached  the end of its usable life and needs to be replaced the practicality and costs of installing new water tanks and water reticulation piping can be a massive challenge in its self. However with the  City  Multi  product  the  equipment  is  light  and  can  easily  be  maneuverer into  position and the connection between indoor and outdoor is simple using light copper piping components resulting in the lower labour hours resulting in lowers over all costs.

For  example in  common  applications  the  air conditioning systems  when in  operation  will run  at  maximum  output. Once the desired temperature is reached it will switch off, as the temperature increases the constant volume system will need to re-start at which time it will draw a large amount of current to start to meet the desired temperature. Each time drawing amperages of around six to eight times higher than the systems  running  current,  forcing  the electrical  demand curve to  move  sharply  up and down during varying levels of operation. Notably, this continuous switching off and on will  be happening all  day and the  more individual systems  you have the higher the demand for electrical power.

However with  regard  to  Inverter technology  reliance on high energy  consumption to  start the compressor is not necessary, rather than instantaneously starting up at its  maximum power the City Multi system will  instead start by drawing a  very low 8 Amps of current  slowly winding up to its peak demand without the need to draw high amperages to get the compressor to its maximum output effectively. In other words, as the temperature within the space is met rather than switching off, the compressor slows down, maintaining its set point without the need to restart every time additional  cooling or heating is required. This operation  flattens out the electrical demand curve resulting in lower energy consumption.

Furthermore, the biggest technological  advantage the systems  has to offer is its ability to recover  heat energy from certain  areas that is either in the cooling or heating mode, it uses this same energy rejected to either heat or cool other areas

Mitsubishi Electric Air conditioners have established themselves as a world class brandfor the past thirty years in Africa backed by continuous research and development to  meet  a  wide range of end user needs. This motive stimulated the introduction of  the  City Multi  brand as a  sub brand  to the  Mitsubishi  Electric  family  of  air conditioning  equipment,  offering class leading innovation to suit various markets and their ever changing requirements -from installation space to electrical efficiency. The City Multi product has been well received internationally and has found phenomenal success here in Southern Africa.

The  main  feature of the  product  is its high energy saving capability, consuming up to less than 40% electrical energy than a typical constant volume air conditioning  system available today. This  efficiency is  achieved  using  inverter technology throughout the system combined with simultaneous  heat  recovery.  Briefly, inverter  technology relies on  variably controlled  inverter  compressors and fan motors that adjust their speed to various demands put on the system during differing peak loads on any a given day.

The above being said, we champion the fact that all our latest products are Environmentally friendly (zero depletion potential) RoHS & WEEE Compliant and strictly run on R410A type refrigerant.